THE DAY WE ALMOST GOT KILLED

My blog last week was about brain fog. You know, the feeling when things are just not the way you want them to be, when your thinking is sluggish, fuzzy and not as sharp as it should be? If you missed it, you can check it out HERE.

Have I ever told you about the day we almost got killed? I was in Haiti with the Heart to Heart foundation, and we got stuck in the middle of nowhere with our truck... Keep reading or watch the video below to know more.

As some of you may know, I've done some work in Haiti with the Heart to Heart foundation. The foundation runs a huge school with over 500 children, from which about a hundred of them are orphans who live at the orphanage that is attached to the school.

One of the trips I took to Haiti was after a hurricane that had devastated the crops, so food was even more scarce than before. We had arranged to have containers of rice meals shipped over there ahead of time, and while we were there, we delivered the rice to the schools that were in the mountains. There was no road, so we had to drive through the river, and it wasn't easy. Sure, the river bed was pretty much dry, but we had to make sure we avoided all the big rocks.

Can you guess what happened? Well, of course, we got stuck. 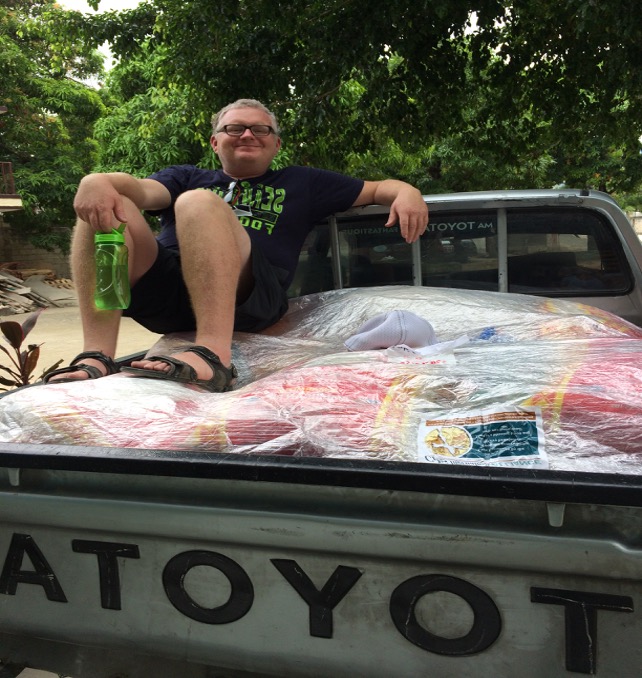 That time, it was a small trip, so there was just six of us and we had gone with a Toyota truck. Three of us were in the cabin, and the three others were strapped on top of the rice bags. It was quite the journey. Of course, I don't need to tell you that food in Haiti, especially after a hurricane, is like the most coveted thing ever, even more than cash in some areas, so we would always travel with a security guard with us just in case, but that day, we did not have security with us. It was just a short trip, just the six of us.

On the way back after delivering the food is when we got stuck. As we were trying to get going again, we heard some noise coming from the woods, and this really, really, really tall guy came out of the trees with a giant machete. Of course, I thought: "Okay, well there's six of us. I guess we can take him."

But as he kept walking closer and closer, he became taller and taller. And soon enough, I thought: "Okay, that's it. My mom was totally right to be worried. Oh gosh, too bad we don't have the food anymore. We could just give him the food and maybe he could spare our lives. I don't know what's gonna happen now." My brain started making up a whole bunch of stories, because when you're on the spot, you freeze. You're in prefrontal cortex overload, you panic, you sweat... It was like 40 degrees, we were in the blaring sun, we were completely dehydrated...

Finally, the man got close enough and he dropped that huge bag that he was carrying on his back. I thought: "What the heck is that? Is he like some kind of Rambo now? And he's got some grenades and stuff in that bag?" So he reached in the bag and he pulled out... a coconut. He then sliced the top with his machete and he handed it to Duff, my husband. He said that while he was in the coconut tree picking coconuts, he saw us stranded with our truck and he had figured we were probably thirsty! 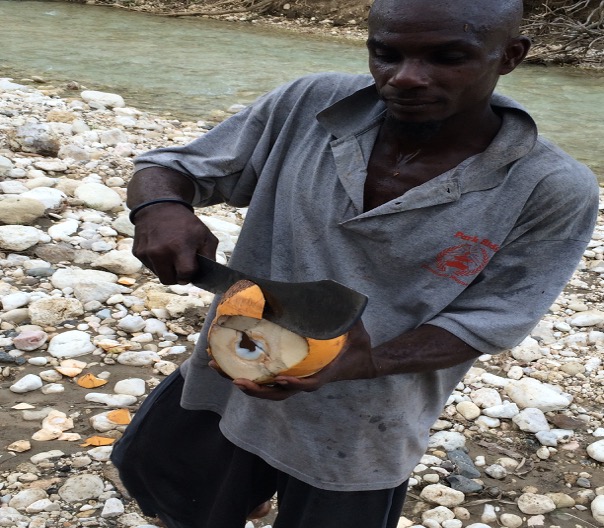 As it turned out, Freddy was totally nice. We did not read this right at all. At the end of the day, our brain had made up this whole thing. We made it so much worse, and we actually had a good time. We wanted to pay him for the coconut, but we didn't carry anything with us... We had a fabulous afternoon, and he actually helped us get back on the road, and then we went about our day, thanking him profusely. 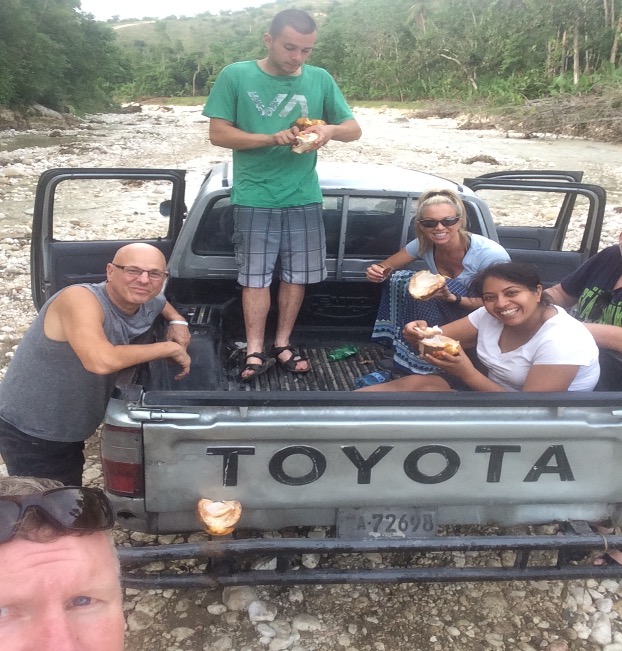 There are two lessons here. One: We make things up all the time in our head. Be aware that your brain can tend to distort and exaggerate. If you know that, that means that you might as well try to make things up that will suit you. That will make you feel great, and that will put you in full possession of your best self.

Second lesson: Be nice. Go over and above, and your customers will come back. We sure did, because we never forgot Freddy. On our next trip there, we actually stopped on purpose and we brought him a case of rice meals. That meant a full month of food for him and his family. When you're nice, when you go over and above, your customers will come back, and you don't have to carry a machete around like Freddy, but figure out what they least expect. Freddy thought we may be thirsty, right?

Stay tuned, because next week we're going to go over four ways your brain can play tricks on you, and in the following week, I will teach you three questions that you can use to avoid freaking out.

I'll see you next week!

FIGURE OUT WHAT YOUR CUSTOMERS WANT.

Tired of thinking that selling is difficult and daunting?

Download your FREE copy of the THINK Yourself® A SALES PRO Daily Reference Guide and get to know your four types of potential clients. 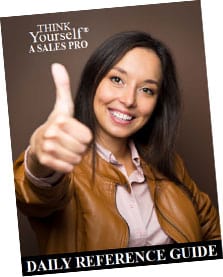 Do You Know the Story About the Guy in a Bar?