If you're a fan of James Bond, you'll like last week's blog... If you missed it, HERE it is.

You've probably heard of the saying: "Early bird gets the worm". But have you ever thought of it the other way? Watch the following or read the transcript to know what I mean… 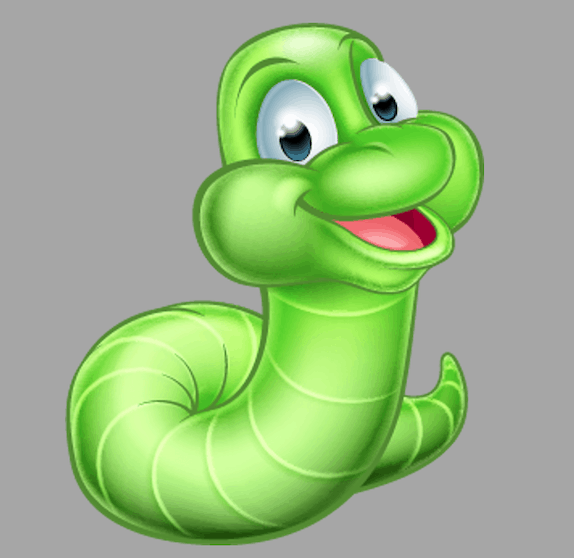 The saying is true. The first person there gets the goodie, or whatever it is, right? We have a similar expression in French: "The future belongs to those get up early". I understand the meaning and the concept of this, but what I want to bring up today is something that probably contradicts these two sayings. The bird that gets up early gets the worm, yes, but what about the worm? The worm that gets up early and is the first one to go out in the grass and sunbathe gets eaten, right? So the early worm gets eaten!

What I want to bring up here is that there are different types of personalities, and our society is composed of many different styles of people. Of course, there are the go-getters, the ones that will be taking the risks, that will do whatever they have to do before everybody else. They sometimes will actually get the benefit of it, or maybe they won’t, because sometimes the early worm gets eaten, as we have previously stated. It's like when you update your phone, right? How many times have I selected the “Remind me later” option on my phone, waiting a couple of weeks so that the initial bugs could be fixed, if there was any? I quite literally let the early worms get eaten.

Not everyone has this inclination of taking risks and being the first one to do something, because very often when you're at the front, when you're the leader, you might not always win. What I personally like to do is surround myself with other people that are like-minded and ask around. "What do you do? What about you? How do you do this? How do you do that?" Observing what's happening, as opposed to being the first one to run towards something, allows me to step back and think: "Hey, is this something that will work for just a few people?" I'm not against the idea of being a pioneer. It's brilliant. It's great, and I love this idea, but not everybody's built to be a pioneer. Only 10% of the population, as a matter of fact. 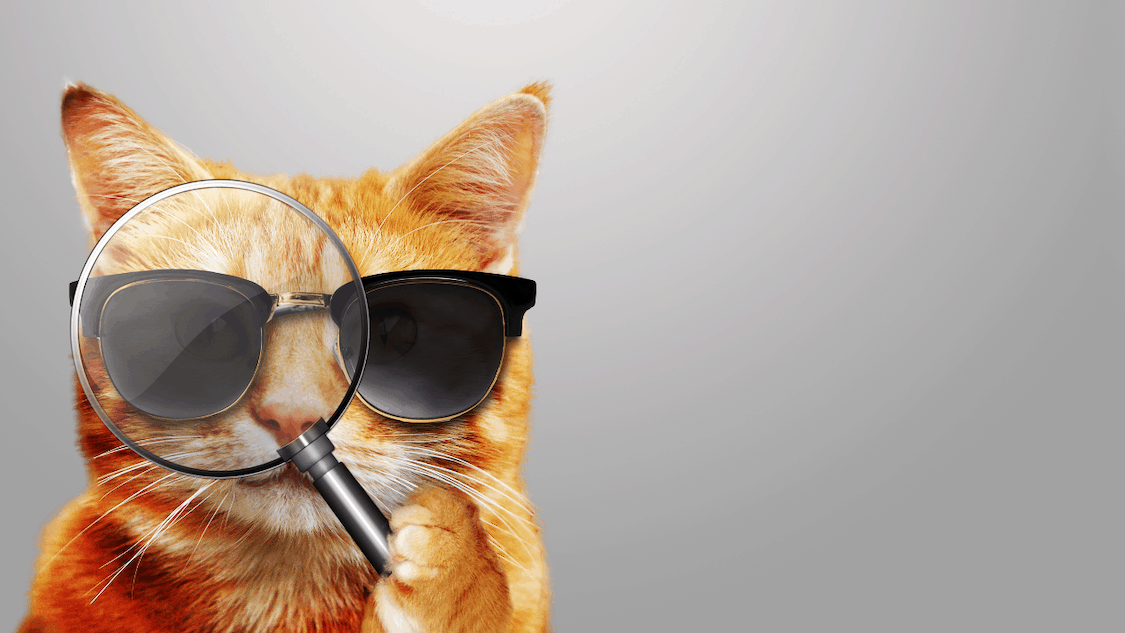 I surround myself with entrepreneurs that do similar things to what I do. I am a member of CAPS, the Canadian Associations of Professional Speakers. We have a Facebook group where we exchange questions. Every time I go on the Facebook group, there's always tons and tons of resources. We have separate sub communities as well. We have a community for sales and marketing, a community to write our keynotes, a community for systems, a community for online courses... And we meet on a regular basis. I host the sales and marketing community and every two weeks, we get together and we exchange sales strategies. This way, we get to observe other people and ask around: "What do you do? How do you do this? How do you do that?" And we share.

The best example of this comes from our childhood. Do you remember coloring books? When you were a kid, did your mom or dad give you a book filled with blank pages? This would not have worked for me. A blank page would not have worked for me, because I'm not the person that will make up something to draw. I don't know what to draw. But give me a book with pictures you have to color in, give me something that somebody has thought of, and I will choose amazing colors, because there are many ways to color a skeleton, right? You take the base of something, and then you make it your own. 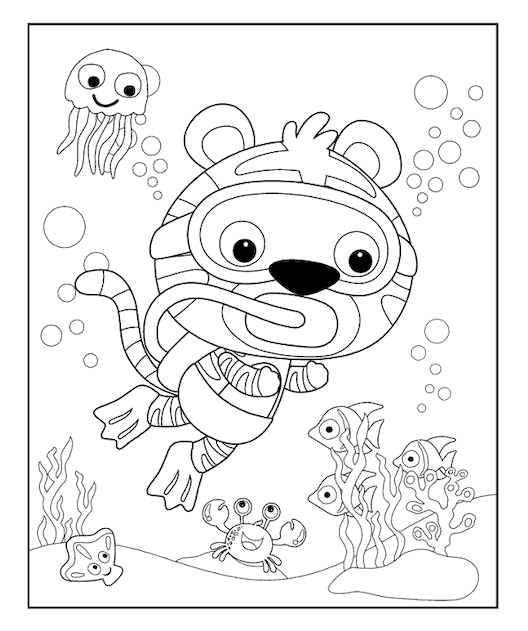 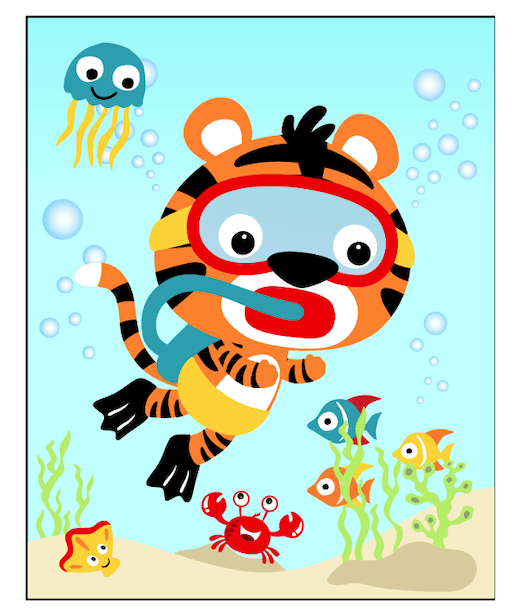 I'm not talking about plagiarism and about copying what other people are doing. I'm talking about making something your own based on a group of ideas, a group of things that you observed in many different places. Tell me to draw a house and I'm not going to know what to do, but give me an idea, give me a model, and I'm much more likely to be able to finish it. This is more like 90% of the population.

In THINK Yourself® A RELATIONSHIPS PRO, No.1 International bestseller that I’ve written with Mo Hagan, we've created a system to identify the four types of personalities. As a matter of fact, the leader is the one that will take the risk, that will be the first one to try this or the first one to try that. And usually, they will get eaten… And that's okay. They will get back up, because it’s in their genes. They love that. The influencer is very creative but, might not take risks. However, the leaders represent only 10% of the population, and the influencers, 15% of the population. The supporters and the thinkers of this world, however, will make it happen. They will go into the details and make sure that the idea that the leader had and the creativity that the influencer brought forward have everything they need in order to succeed. 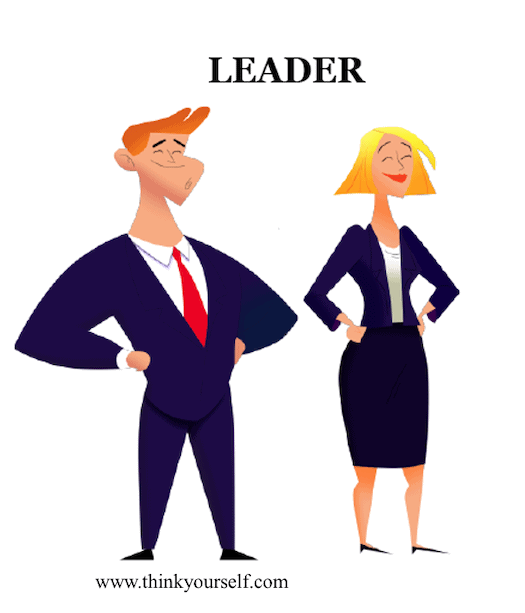 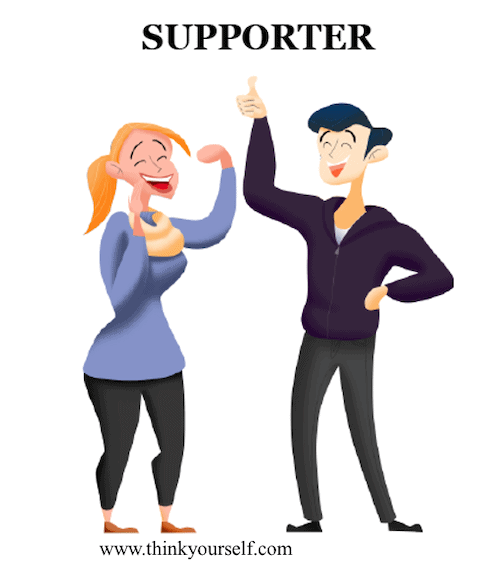 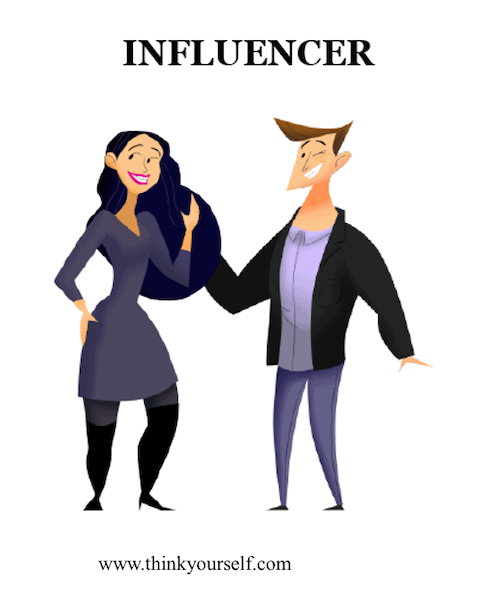 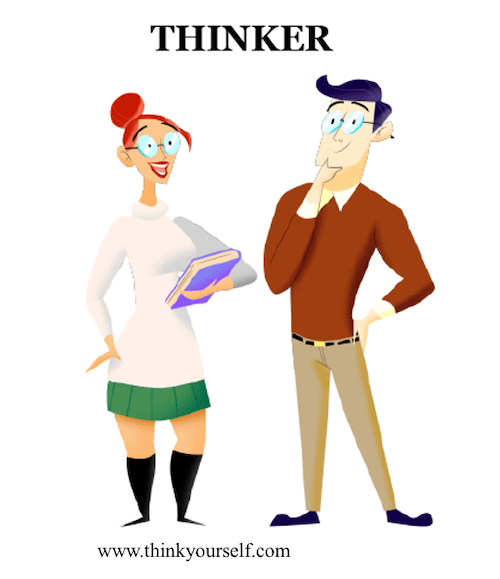 It takes every style, every type of personality in order to create the society that we're in. It's not true that all the entrepreneurs out there are leaders, because we're not. I'm more of a thinker, actually. That's my dominant style. While I do demonstrate a lot of leadership and a lot of influence and a lot of support, my dominant style is a thinker. If you give me substance, then I will make it even better, because I have this sense of creativity.

If you want to know which style you are, you can do the test. Just scan the following barcode. Use your phone, open the camera app and point it to the barcode, and then you'll be able to do the stylist test, just to see what your style is! It's super interesting. Mo and I have also created a full online course, THINK Yourself® A RELATIONSHIPS PRO, that will help you figure out much more: What style are you? Is there any benefit of becoming more like the other style that could benefit you? Go ahead and check out the course. It's super fun, super interesting. 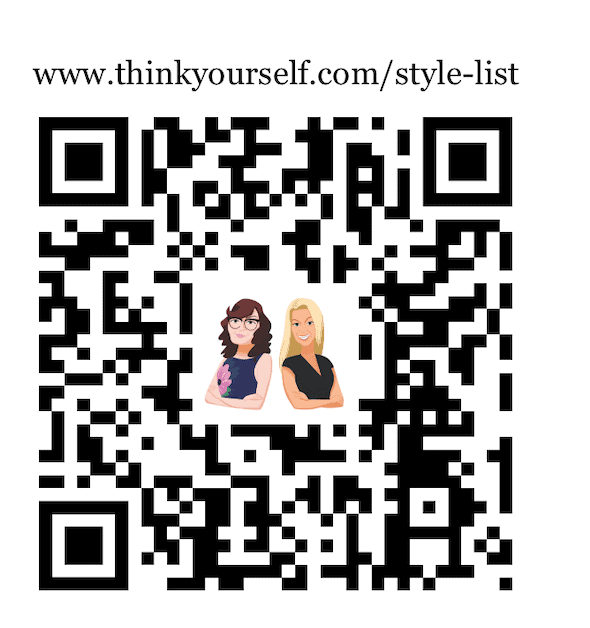 At the end of the day, remember that it's okay to not be the first one to do something. Because sometimes we feel like it’s too late. It's never too late. Even if everybody gets the same picture to color in, not everybody will use the same colors. There has been thousands and thousands of books written on self-motivation and on confidence, and yet my books sell really well, because somehow, I give this idea my own flair, and you will give an idea your own flair as well! It's not about being the creator of a concept. It’s about giving it your own flair. By putting your own colors in, you are making it unique and you are making it so that somebody can hear it in a different way. That's the value that you bring, because you have a unique way of presenting things. And that's why, even if there's tons of people already in the market, you will find what makes you unique and how you can color your sheets differently and add value.

Check out the THINK Yourself® A RELATIONSHIPS PRO online course, do the stylist test, and see how you can transform into a kickass version of yourself! 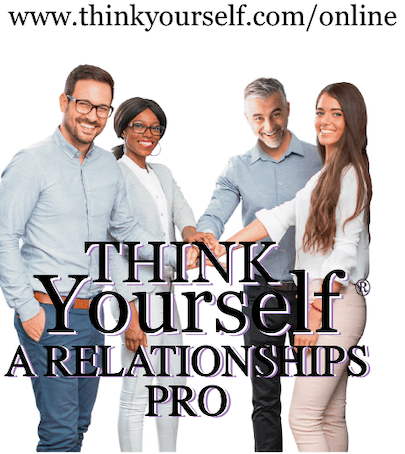 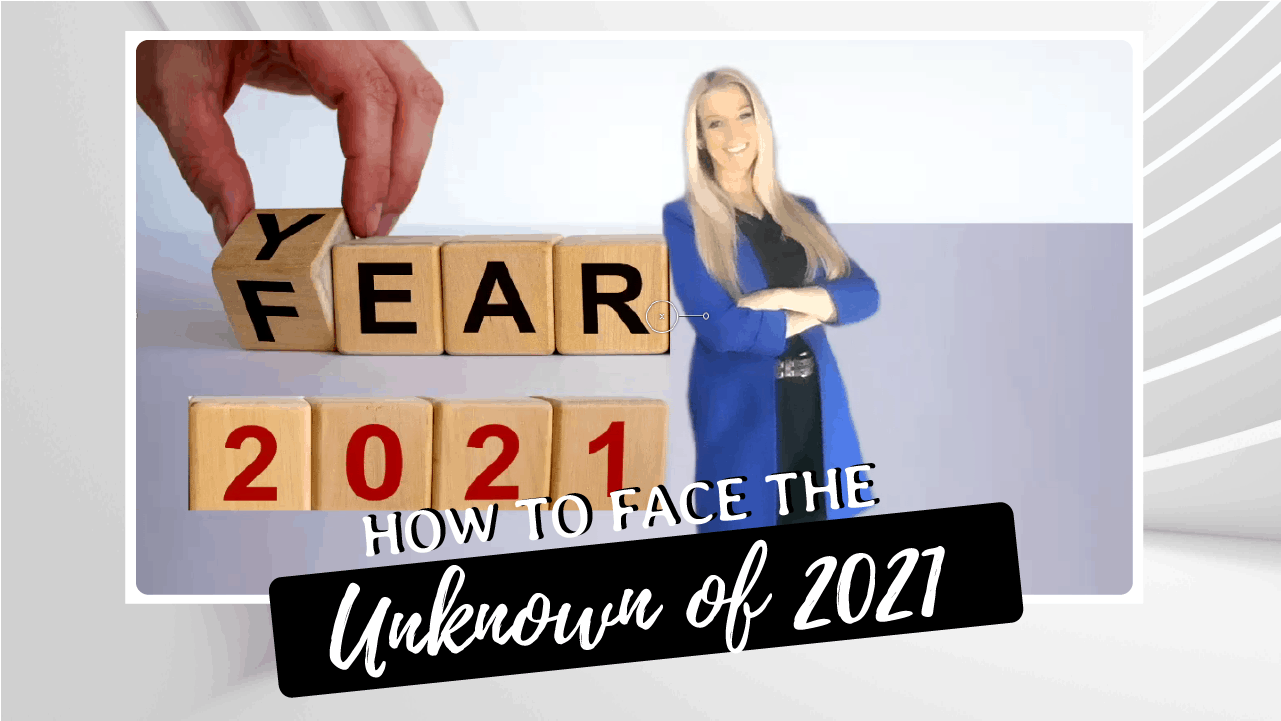 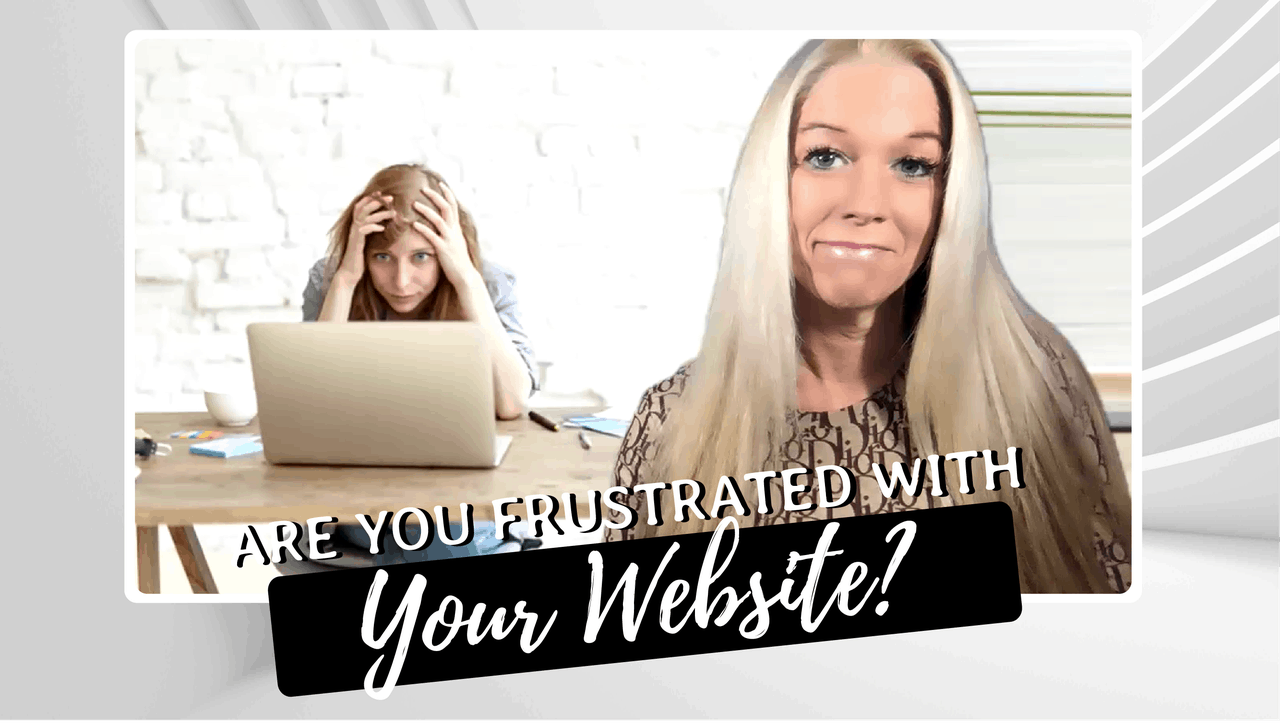