Last week was the final part of the overthinking series. Throughout the past three weeks, we have covered why we overthink, four different strategies we can use to stop the cycle of overthinking, and five questions we can ask ourselves to stop overthinking. If you missed one of the parts, all three of them, or if you simply want a refresher, you can check them out here. PART 1 PART 2 PART 3

This week marks the beginning of a brand new series about procrastination. Has this ever happened to you? Like, you have something very important to do, and yet, you find so many different reasons why you should not start that thing that you don't want to do. Watch the following video or keep reading for more...

Procrastination is a huge topic. There's so much to say about this. That’s why I thought that this topic deserved a whole series of posts. Today, we'll simply cover the different types of procrastination. And then as we progress during the series, you'll learn about five different executive functions of the brain that are involved and that impact some situations of procrastination.

You're just about to start, you're like: "At last, I'm going to start, I'm going to do this." And then... "Oh, you know what? I think I need to go downstairs to rearrange my fridge. That's really important right now." You find all kinds of reasons. You start cleaning up your drawers, and you start doing other stuff...

The very first thing that we know for sure is that procrastination is the thief of time, right? It's a waste of time. Usually, you are supposed to do something, you've set up some time in your schedule and you really want to be productive, and yet, all of a sudden, it's been two hours and you haven't started yet, because there were so many other things that were so much more attractive than this specific task. 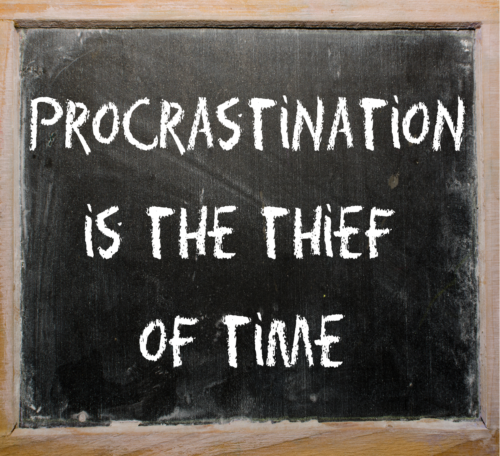 I'm going to be identifying five different kinds of procrastination today, but there are way more than that. These are simply the most common ones, in my opinion. 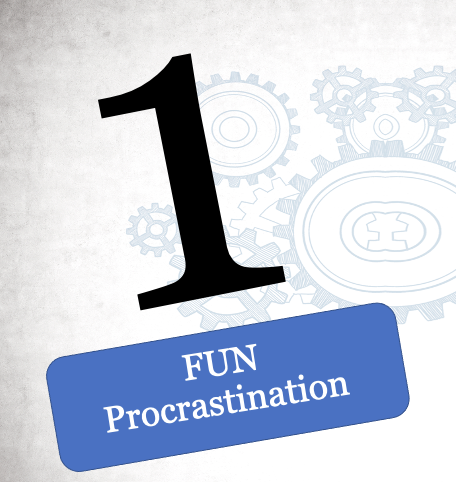 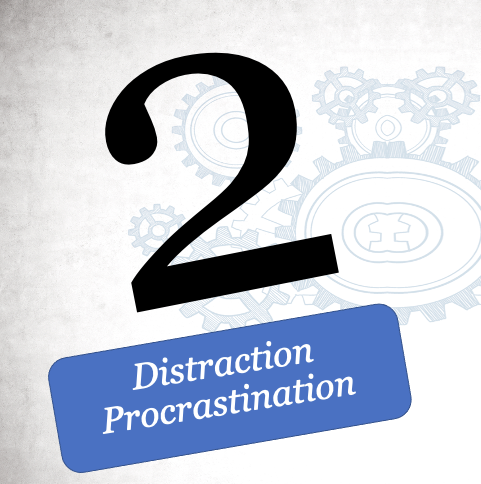 Some people get distracted by external events, by other things that happen to them. In the first case, the one we talked about a little bit earlier, people choose internally to do one thing over the other. With the distraction procrastination, it's external. It comes to them. There are other things that may happen that will come to disturb them, and therefore they will procrastinate. 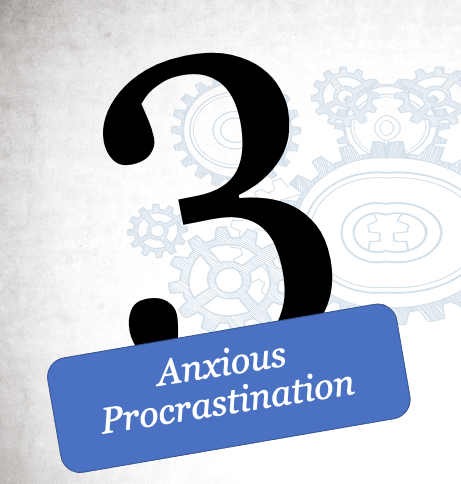 THE FEAR FACTOR / THE ANXIETY FACTOR

Number three is probably the most important one, because it is one that is very common. People may be afraid of the task ahead, because maybe it's new, for example. It causes them anxiety because they are afraid of the task that they are about to tackle, and for that reason, they might procrastinate on starting it, because they don't want to even try it. We might spend a lot more time on this one in the upcoming weeks. 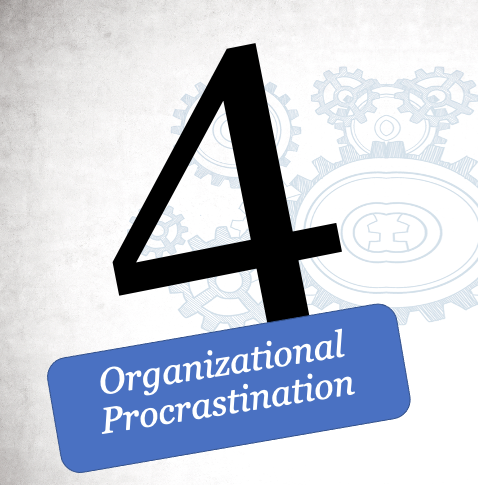 Some people are just not that organized, or they don't know yet how to go about it. Sometimes a task is way too big, and they can't really break it down, chunk it down. They don't know where to start. And that is a really good reason why people procrastinate, because the task looks way too big, so they don't even start it because they are lacking the organization that it would take to break down that task into little chunks. 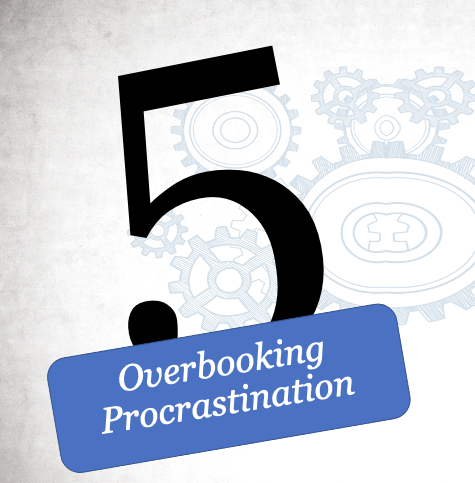 Some people procrastinate because they have way too much on their plate. They are really, really good at saying “yes” to everything and they keep taking on way too much stuff.

Now that we know about 5 of the different types of procrastination, the next part of this series will be about breaking down five different brain functions that affect the way we procrastinate: The attentional control, the cognitive inhibition, the inhibition control, the working memory and the cognitive flexibility. These executive brain functions are something we developed with time, and they can be bettered, so rest assured. I'll give you tips on how to increase their power so that you can use them better and put them on your side so that you procrastinate less, and then you can be more productive.

See you next week! 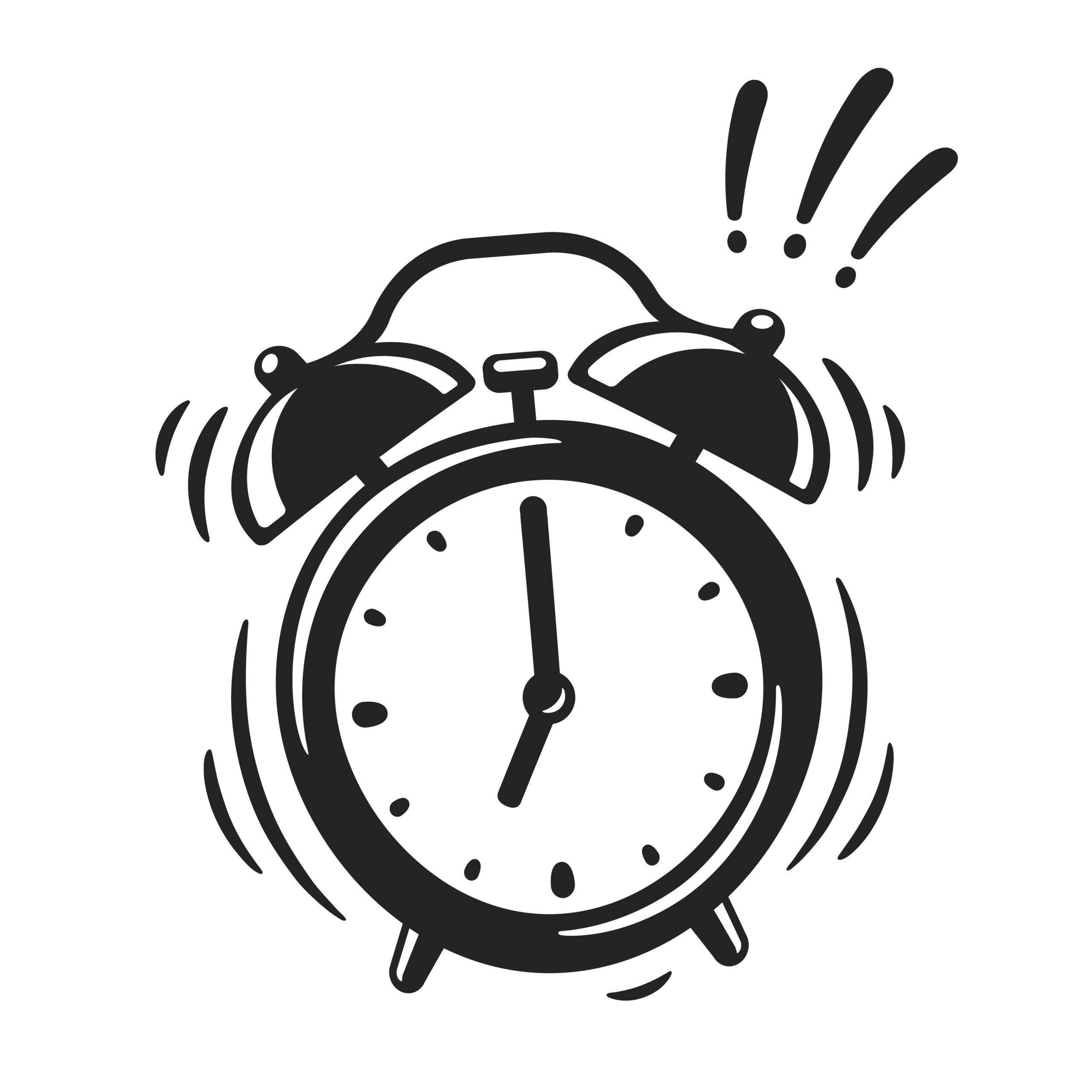 ENOUGH PROCRASTINATING... IT'S TIME TO BE PRODUCTIVE!

Are you an entrepreneur and would love more business tips? Want to transform social media fans into PAYING CLIENTS? Tired of Struggling to Make Money with your Business? Download your FREE copy of the 10 Keys to a Successful Business and get the clarity you need to get started quickly.

Get the FREE Business Guide HERE 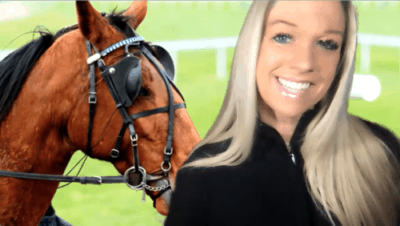 How to Stay Focused 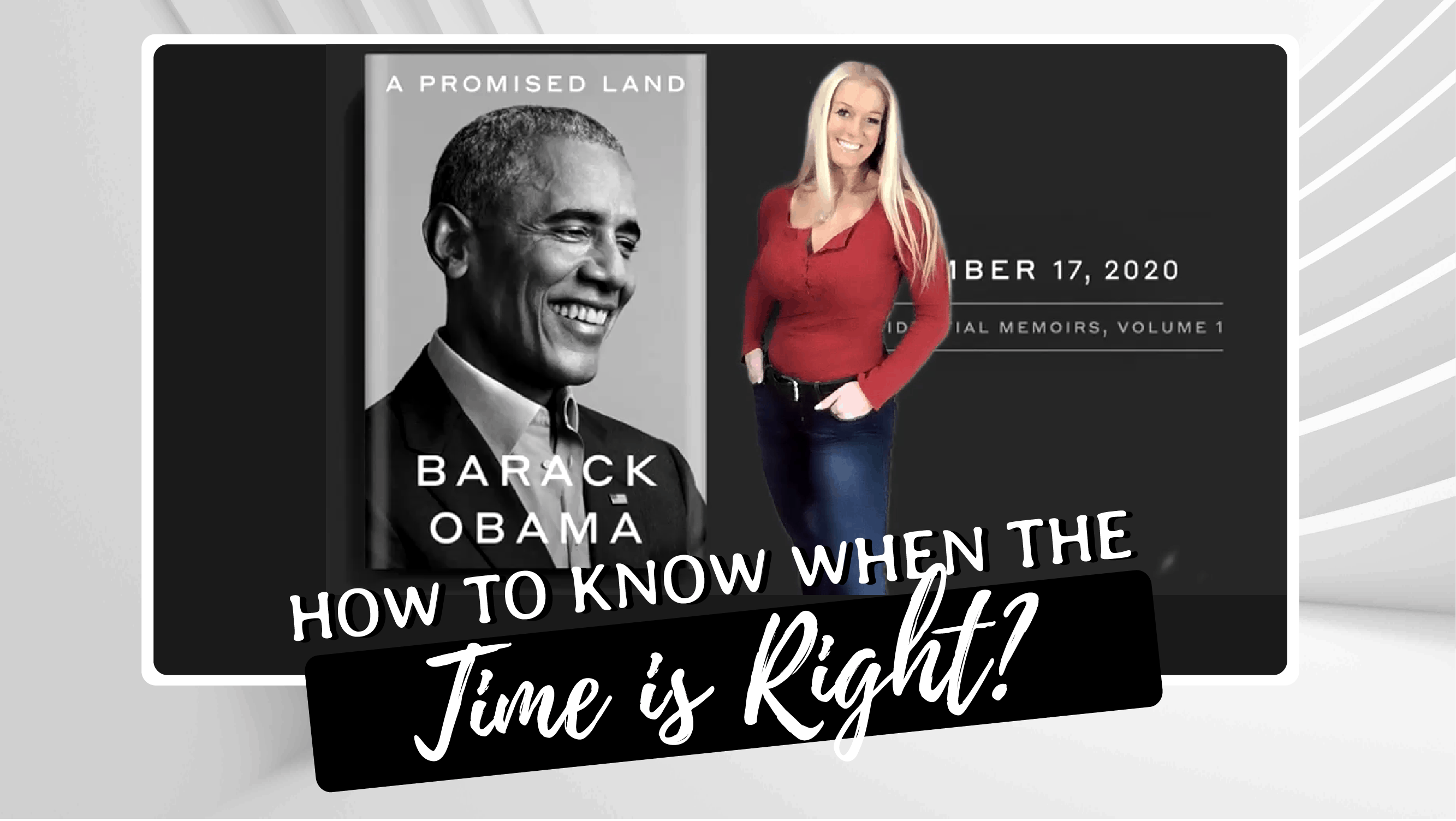 How to Know When the Time is Right

The Number One Thing Holding me Back