I JUST STOOD THERE, PARALYZED.

I stood in front of my class, paralyzed. I had rehearsed my presentation what felt like dozens of times the night before and yet, standing in front of my grade seven class, I could not say a word.

I am not sure if I had forgotten everything, if it was the fact that it was my first time having to speak in front of an audience, or if it was because that audience included the very same kids who had been bullying me since grade five. I was petrified. Instead of eloquently addressing the first sentence of my story, I started to cry. You may be aware that crying in front of your classmates in grade seven is not so cool. I left the room, defeated, feeling stupid, ashamed and terrified as I knew my teacher would not let me off the hook and that I would have to eventually present again in front of my class.

The following day, I attempted it again, and my teacher allowed me to have my notes with me. My hand was shaking so hard that I was unable to make sense of the words written on my cheat sheet. Beyond my desire to salvage what was left of my personal pride, I started to cry again and left the room. 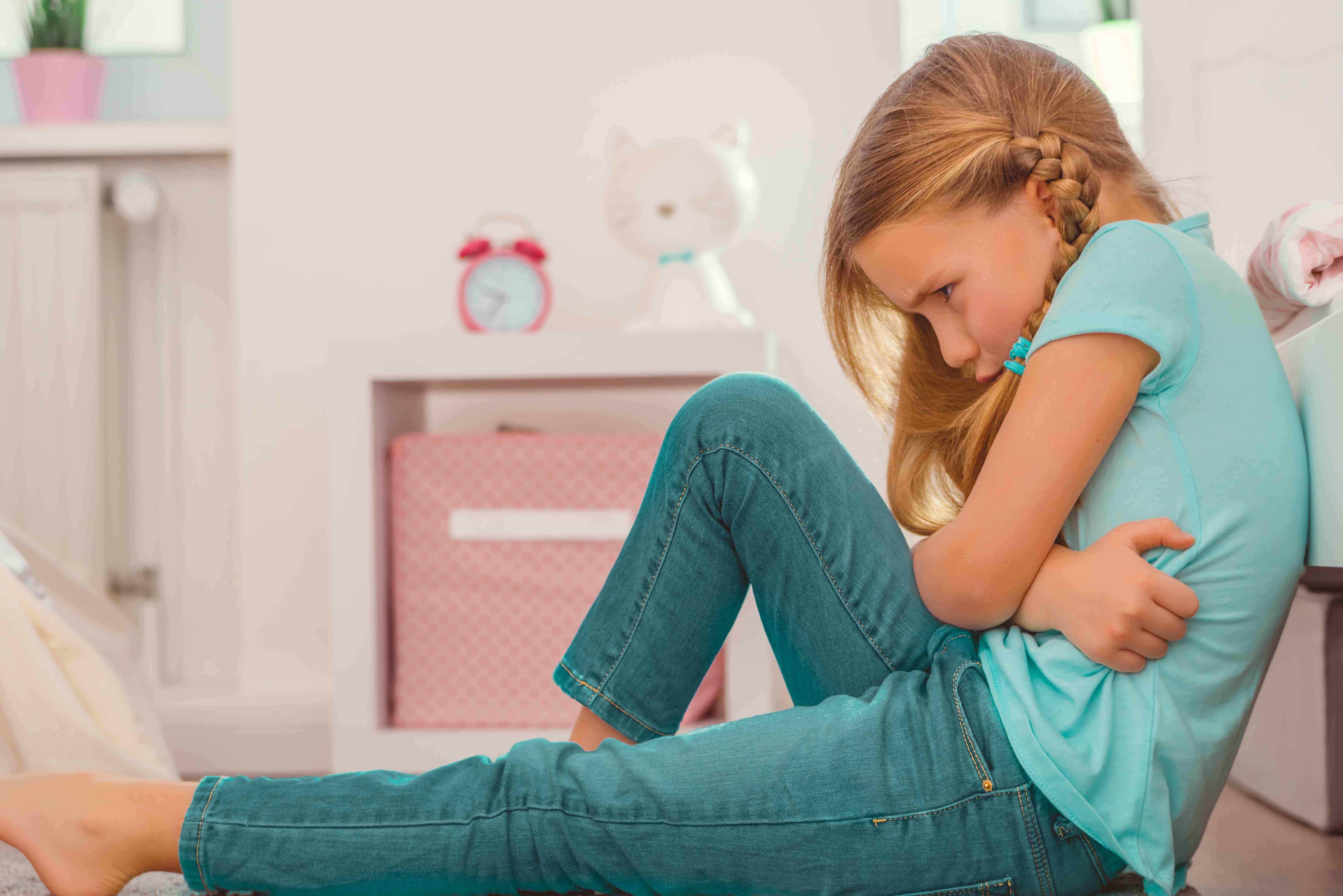 I came home that night experiencing the total opposite of what confidence was supposed to mean. A conventional parent would have said: “It’s okay sweetheart, you did your best, you are just shy, that’s all.” Fortunately for me (thinking back – as what I am about to say did not feel like a ‘fortunate’ thing at the time) my parents were not ‘normal’. Instead of reinforcing the negative experience that I had experienced at school and creating a new negative belief about my personality – you are shy – they signed me up for a personality contest. They said I just did not have the skills yet in order to be confident in front of an audience. Instead of making excuses about my constantly evolving identity, they taught me that any skill can be learned.

The more skills we acquire, the more our identity is built. Thanks to my learning, my shyness has been transformed into confidence.

I worked hard with the contest coaches, working on my mindset, on my confidence, on my inner thoughts, driven by my desire to reverse the shame and the social status of the lonely timid kid that had poisoned my last few years.

I won the contest and became Miss Personality of the Year for the whole district of Quebec. A few years later, I even ran for the office of Class President and became well-known for my fun speeches in front of the whole school. I now make a living as a professional speaker and have spoken in front of hundreds of thousands of people across North America.

To this day, I know that the fact that I was raised by such amazing and positive parents exponentially affected where I am at today.

Teaching children the power of mindset and positive self-talk has been my driving force for founding the THINK Yourself® ACADEMY for KIDS and co-creating a new learning resource with my cousin Marielle Plamondon, teacher with 33 years of experience.

Introducing techniques to build self-esteem and perseverance to your children, students, sons, daughters, nieces, nephews, grandchildren, etc. at a young age will not only affect their youth and teenage years, it will positively influence the rest of their lives.

THINK Yourself® POSITIVE – The Adventures of Captain Vic is a ready-to-use learning resource for parents of children between 5 and 10 years old. It includes:

Children learn how to transform their inner language through the adventures of Captain Vic and Captain Miserable.

Have fun introducing your children to a simple and effective way to create the habit of positive self-talk.

This year at Christmas, offer Self-Esteem and Perseverance! 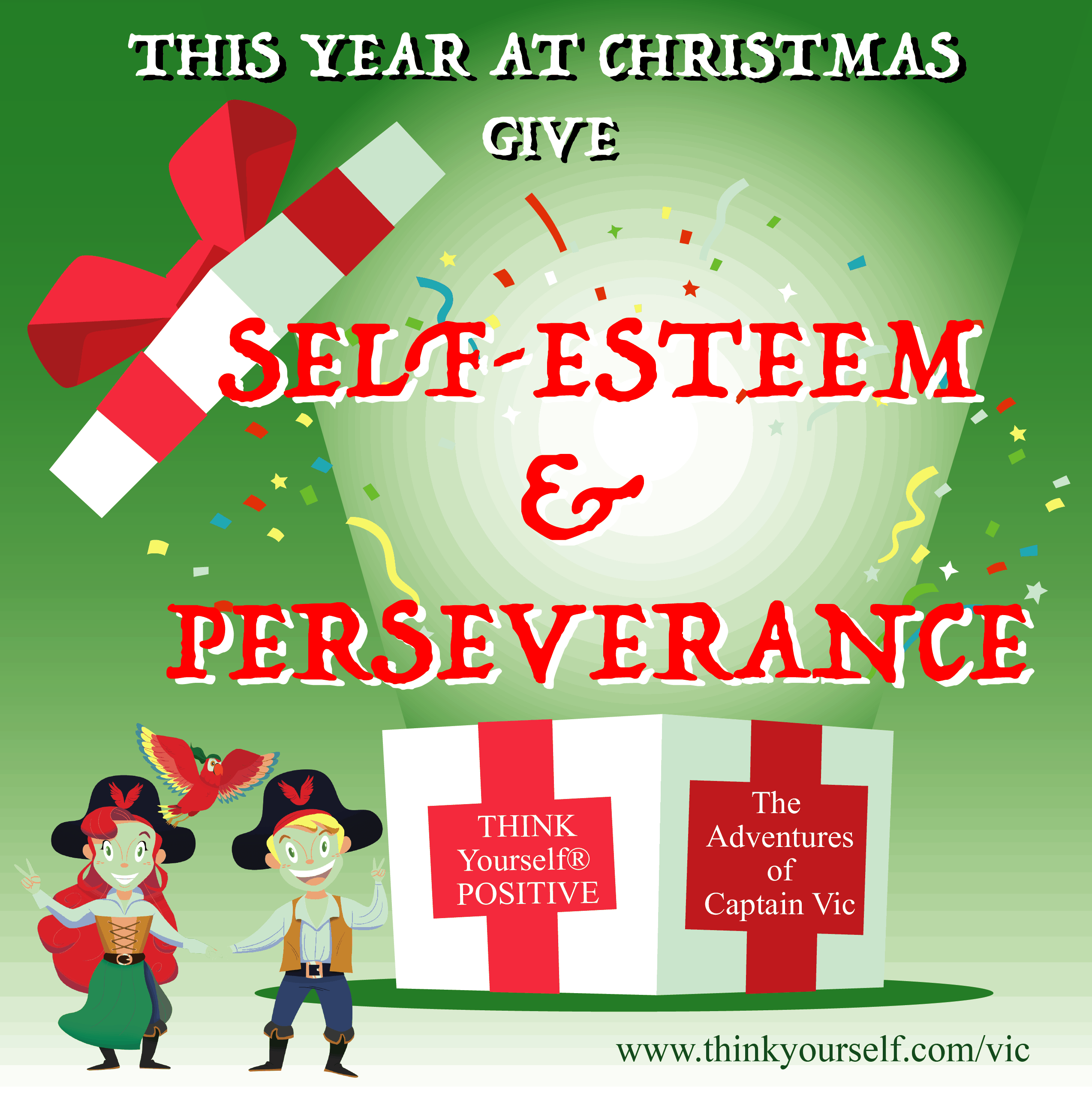