Do Your Clients Self-Sabotage As Soon as Your Back is Turned?

Tired of Seeing Your Clients Struggle?

Your clients are doing everything “right” and somehow, you know that when your back is turned, they jeopardize their success.

About 12 years ago, as I lived in Toronto, I had a client who was coming to my fitness classes and also training twice per week with me. I had also made her a nutrition plan, that she said she was following, but somehow, I just could not see the results.

I knew that as soon as I had my back turned, she was going to the drive-through to inhale excessive amount of calories and I was convinced that she was not active on the days we were not together. I knew she was going through an abusive relationship and that it was affecting her life, emotionally as much as physically.

SHE WAS CONFIDING IN ME. I was hearing her stories week after week and I really wanted to help her, more than just to get her back into the shape she wanted. I wanted to help her emotionally! I did not know how to do that.

On the other hand, I had other clients that really were changing. I could see very quick transformation and real results.

That's When I realized: My clients that were Successful were not successful because I was showing them a better way to squat.

They were not successful because I was giving them a better kale salad recipe either.

They were successful because they were changing their mindset.

So I spent the last decade studying neurosciences to figure out how I had done that...

I created a system to reprogram our own negative self-talk and transform our inner language to find confidence & clarity so that people can unlock their full potential.

The D.N.A. System taps into the exponential power of the brain.

The reason why my client in the intro story was not successful is because she was living at a logical level, trying to do everything right, while she was working hard, following her belief that exercising was hard and stuck in her roller coaster of  constantly gaining back the weight she was losing.

I taught her how to use the power of the unconscious mind  in order to create the life she wanted. So instead of only counting on her logical mind, quite restricted, she is now able to access the most powerful part of her brain.

The System I used with her, and with all my clients afterward, is now available for you to replicate with YOUR clients.

N for New You

Let's use the Analogy of a Kitchen Renovation

You can learn the full application of the D.N.A. System to use with your clients.

No more listening to their problem feeling powerless, not knowing how to help them.

You can learn the proven system that will give your clients real long-lasting results. You have access to the solution to your clients problems. You will be able to tap into their MINDSET.

Just Exercise and Nutrition is NOT ENOUGH

Now, there are many coaching certifications out there. The reason why this one is different, is because it combines my

33 years of experience in the Fitness Industry

15 years in Sales and over

After almost 10 years of practice as a Master Life Coach and Master NLP Practitioner, and after reaching International status with my 8 International No.1 Bestsellers, I realized that if I were to teach other people to do what I do, the D.N.A. System would expand even more and it would be accessible to more clients to benefit from.

That is when I create the COACHING CERTIFICATION

THINK Yourself® A COACH

A 25-module course to get you certified to become a Life Coach using the THINK Yourself® ACADEMY D.N.A. System.

25 Online videos that you can do at your own pace.

Downloadable processes and forms that I use with my clients.

1 Call with me to review your homework. 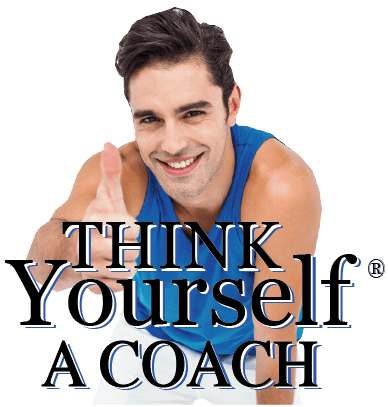 A 25-module course to get you certified to become a Life Coach using the THINK Yourself® ACADEMY D.N.A. System.

25 Online videos that you can do at your own pace.

Downloadable processes and forms that I use with my clients.

1 Call with me to review your homework.

What People Are Saying About The Course

“This course added so much clarity for me."

"I’ve been helping clients transform their well-being through coaching for a few years. As a certified Precision Nutrition coach, I developed my own six month program called 'Healthy Habits Nutrition & Lifestyle Coaching'. In this program, new habits are introduced, practiced and adopted slowly and strategically using online lessons and regular one-on-one coaching. The program was working but I've always felt there was a missing piece. Nathalie’s THINK Yourself® a Coach course was exactly that piece. This course added so much clarity for me and is helping me take my clients SO much further towards reaching their goals!"

"The course is easy to follow and very engaging. A lot of valuable information, providing everything that I need moving forward as a coach. The forms provided are simple, straight forward and relevant for client growth & success. It makes it very easy to apply with my clients and stay organized. I would recommend this course to anyone needing a simple step-by-step approach to valuable coaching."

“The D.N.A. System really works with my clients"

“I had already been coaching for years before taking this certification. The D.N.A. System really works with my clients. I love the way the course is structured to allow for real transformation. I feel empowered to have the tools and the system to help my clients even better now."

Become a Certified Coach with THINK Yourself® A COACH Coaching Certification. The process is easy to follow and you will finally be able to make a difference and help people with tools, strategies, processes and a proven System.

THINK Yourself® A COACH

2021 Canadian Presenter of the Year Nathalie Plamondon-Thomas is a Confidence Expert. She works with people who want to get rid of their negative self-talk and unlock their full potential. She brings entrepreneurs the Clarity they need to make money living from their passion. She is international No.1 Bestselling Author of fifteen books about success, communication, wellness and empowerment. She is the Founder and CEO of the THINK Yourself® ACADEMY, offering keynotes and trainings, leading-edge online courses, laser-focus business strategy and one-on-one transformation coaching.

Along the past 30 years, she has inspired over 100,000 audience members and empowered thousands of clients internationally to get rid of their negative self-talk. She combines over 10 years of experience in human resources, 25 years of experience in sales and over 30 years in the fitness industry. In 2007, she was "Fitness Instructor of the Year" for Canada.

You Have to DRIVE THE CAR

My niece is learning how to drive and although she has been sitting on the passenger seat of a car for the last decade, observing, she will only become a great driver if she starts practicing behind the wheel. It is the same for coaching.

When I started being a Life Coach over 10 years ago, I wish I had the chance to practice right away. It is only when you "drive the car" that you become good at it. I had to study for over a year before I could actually start my practice.

I also had to develop all my own material

I also wish I had been given all the material and processes that I have developed now, a decade later. I paid tens of thousands of dollars and did two different certifications, two NLP practitioner courses and two Master Practitioner courses. I also did a Master Trainer Course and now I can say that although I believe that all of this time and money was amazing investments, there was not really one course that included the experience I got and the best of each of them. That is why I developed the THINK Yourself® A COACH Online Coaching Certification.

Is this course for you?

As mentioned earlier, this certification will teach you how to become a Confidence Expert. A transformation Coach. You will learn how to create real long-lasting change for your clients. You may want to make sure this is for you before you jump in.

This course is for you if...

This course is not for you if...

Here's "What You Get"

25 Online videos that you can do at your own pace

Downloadable processes and forms that I use with my clients

1 Call with me to review your homework

How Long are the Videos?

It will take you approx. 8 hours to watch the videos.

What is the "homework" you are referring to above?

I provide a list of forms and questions to ask your clients. In order to certify you, I need to know that you understand how to use the D.N.A. System. The homework is to find a client to use the forms with. You fill out the form with this "real" or "friend" client and you email me the forms back for us to review together on a call.

Is there an Exam?

Yes, you have a theory exam to do online and a practical exam to do on Zoom with your client while I will be observing.

What score do I need to pass the Exam?

You need 80% to pass the theory exam. The practical exam is at my discretion. I need to see that you are able to use the processes I teach in the course.

Do I need to have a Zoom Account for the Exam?

No, we can use my own Zoom conference room.

What if I have questions during the course?

You can book a virtual coffee with Nathalie to get clarity if you had a question during the course.

Why do I have to do an exam?

In order for me to put my THINK Yourself® ACADEMY stamp on you, I need to know that you have understood the processes and that you will represent the brand.

What if I fail the exam?

If you want to become a Life Coach, sit down with your client and really make a difference in their life by working on reprogramming their thoughts with my Proven D.N.A. System, the next step for your career may be to join the THINK Yourself® ACADEMY Team and become a Life Coach yourself.

Yes, I want to become a CONFIDENCE EXPERT now!